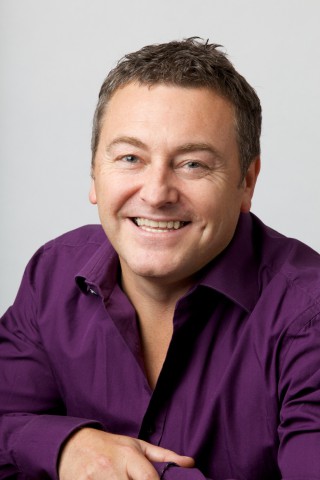 Cove House Publishing is delighted to be working with Gordon Smith who is hailed by the UK’s media as Britain’s Most Accurate Medium  There is no denying that Gordon Smith is the real deal. This internationally renowned Medium, Best Selling Author and Spiritual Teacher has been working as a respected medium over the last 30 years.

Born to Samuel Smith and Elizabeth Davis on 6th July 1962, in the Gorbals, Glasgow, Gordon is the proverbial seventh son of a seventh son. From early childhood Gordon had the ability to see, sense and hear spirit people. As a young boy his ability often unnerved those around him and so he learned to close his mind to these experiences.

Through his teenage years he pushed his abilities into the background of his awareness living a very average teenage life. He pursued his passion for gymnastics and was talented enough to be selected for the Commonwealth Games squad.

It wasn’t until he was 24, when a friend’s brother appeared at his bedside in the middle of the night that his Spiritual gifts were re-awakened, later learning that the friend’s brother who had appeared had tragically died that night in a fire. This tragic event led Gordon along with a friend to attend a spiritualist church and it was during the service that Gordon was told that he would one day be speaking from the ‘platform’. This was the start of over 15 years of study and practice as he went on to develop his outstanding abilities as a medium or messenger from the spirit world under the tutelage of some of the greatest legends of the Scottish spiritualist churches. He developed in a mediumship circle run by the extraordinary Mrs. Primrose, an inspirational figure in Scottish spiritualism and he became a close friend of the legendary Albert Best, who is widely acknowledged as one of the best mediums of the last century.

Gordon has two sons Paul and Steven and lives on the beautiful west coast of his beloved Scotland with his two trusty springers Cookie & Lizzy.

Many years on and Gordon Smith is now acknowledged as one of the world’s top psychic mediums conducting mediumship events around the world. Having toured extensively in the UK, Europe, US & Canada, Australia, South Africa there is no doubt that his Celtic charm and lively demonstrations have provide audiences all over the world with a rare opportunity to experience his own fascinating phenomenon of mediumship, which he delivers to his audiences with a mix of his distinctive style of humour, pure passion, and empathy to others.

Find out what Gordon Smith is up to on our Events page.

Gordon is a prolific writer/author his catalogue to-date consists of an impressive 16 publications to critical acclaim on the subject of the Spirit world, his autobiography Best of Both Worlds Hodder & Stoughton (Under their Crown imprint) entered the best sellers list at number 4.

Gordon has always been the Go To Medium and has been featured in numerous television documentaries including the BBC’s Everyman, ‘Mediums: Talking with the Dead” 3 part series. He has also appeared on many national TV shows that include Richard and Judy as well as This Morning, He has presented for Living TV’s most successful show, and one of the UK favourite and most terrifying paranormal programmes, Most Haunted and has also presented his own series of shows entitled Psychic Therapy for Sienna Productions/Bio Channel.

Gordon has also been a regular columnist for both Best magazine and The Daily Record. He currently writes for Fate & Fortune and Spirit & Destiny.

For all enquiries for Cove House Publishing and Gordon Smith please contact us via the Contact Us page.

Alternatively, you can also visit Gordon’s website by clicking here.